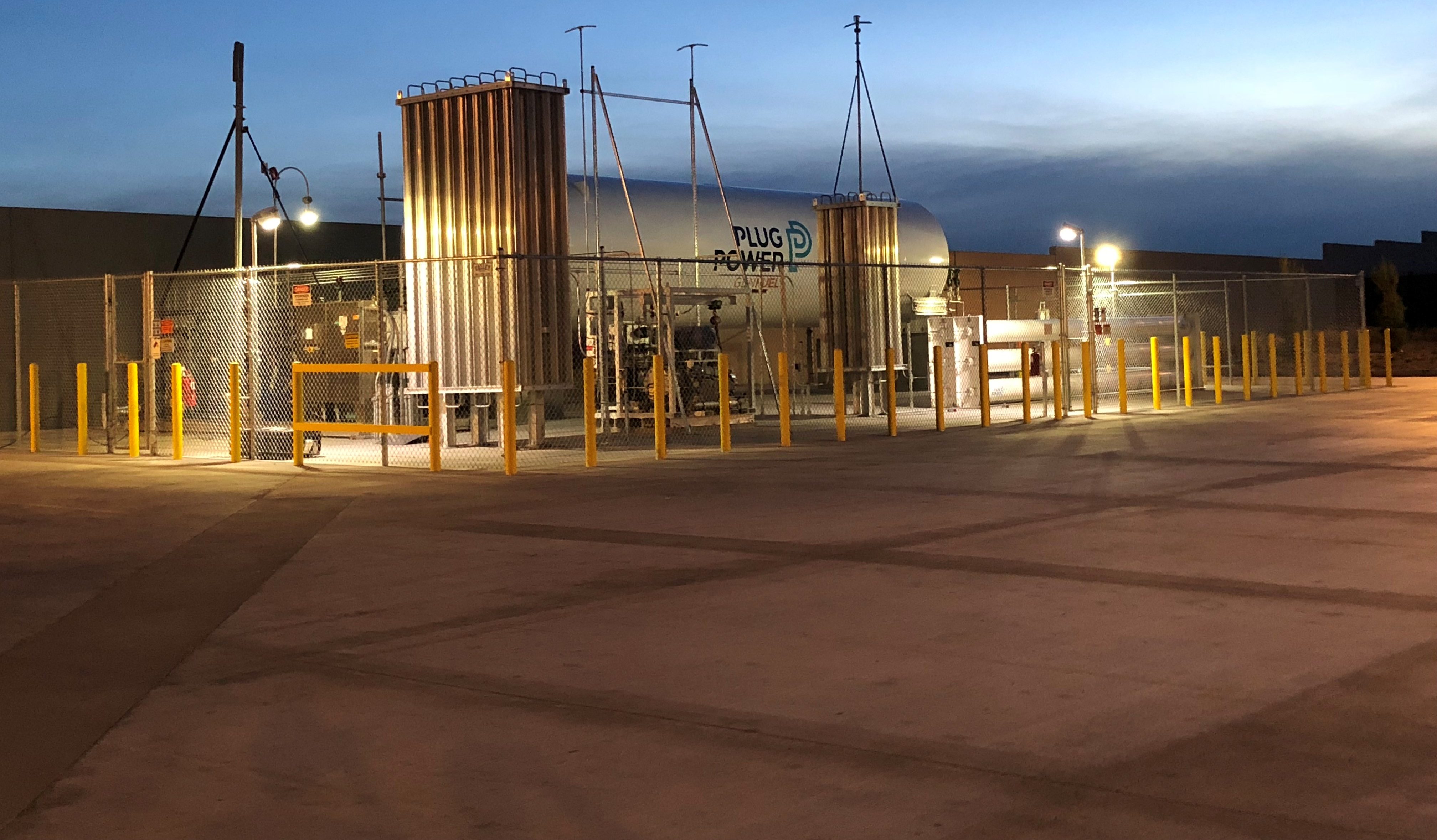 Hydrogen, the simplest element H and most abundant element on Earth, has only one proton and one electron. By ripping the electron off the molecule via a circuit, using oxygen from the air, the hydrogen molecule outputs DC power with heat and water vapor as the only by-products.

This is the basic principle upon which many aspects of the hydrogen energy value chain are and will be built, and which the material handling market readily adopted in earnest almost a decade ago.

Additionally, hydrogen fuel cells operate at peak performance continuously, regardless of the amount of hydrogen left in the tank. In contrast, lift trucks powered by lead-acid batteries lose approximately 14% of their speed over the last half of the battery charge. Also contrary to lead-acid batteries, hydrogen fuel cells never require charging or changing. Hydrogen refueling takes only two minutes compared to battery changing, which is a 15-minute cost per shift. Over a year, that 13 minutes per shift saved equates to 234 hours of value-added productivity per forklift truck in a three-shift operation.

This constant efficiency and uptime equates to material handling workplaces experiencing a 5-15% increase in work capacity per shift. Additionally, with only one fuel cell per truck required, new buildings save over $1m by not building an electric battery infrastructure which can be highly unpredictable and maintenance-intensive.

The case for hydrogen fuel cell technology is then, proven – so what of the technology packages and partnerships that will take it forward and accelerate commercialization?

Plug Power introduced the first commercially accessible hydrogen fuel cell package, positioning it to be a single source for businesses and governments seeking entry into the clean, renewable energy space that is hydrogen.

Plug Power’s GenSure fuel cell power system provides a highly flexible hydrogen energy solution that is built with a modular design allowing scaling from SOW to 20kW and higher. This allows companies to purchase the back-up power they need now and to grow as their requirements change. Stationary power is available in both indoor shelter and outdoor cabinet options and can be installed at ground level or on a rooftop.

The hydrogen fuel cell system offered by Plug Power is third-party verified at 99 .6% field reliability and comes installed with advanced control software enabling remote monitoring from anywhere in the world. Utilizing a hydrogen stationary power system requires less maintenance, equating up to an 84% reduction in operational costs when compared to combustion generators.

“We are committed to expanding clean energy infrastructure in a variety of sectors, including our focus on LNG and hydrogen … ”

GenFuel is the backbone of the hydrogen fuel cell system and provides the fuel and fueling infrastructure to the end-user. Composed of three elements – hydrogen delivery, hydrogen storage tanks and stations and hydrogen dispensers – one of the most valuable aspects of the GenFuel hydrogen service is that it provides complete infrastructure construction. This includes the design, procurement, build, commissioning, and maintenance of all components necessary to dispense hydrogen in new or existing sites. This process is completed in as little as 18 months without disrupting regular business. Hydrogen infrastructure tanks are built to the highest-safety grade, constructed by Taylor-Wharton, a cryogenic storage producer with 275 years of experience.

All GenFuel tanks are built to be reliable and safe, even during the most extreme weather conditions. Utilizing hydrogen tanks, as compared to battery charging stations, improves refueling rates by 3-5%. Additionally, more operations space is gained as unnecessary battery wells are discarded – this equates to a 5-7% increase in operational space reclaimed per site.

Finally, one of the reasons for Plug Power’s successful spread of hydrogen energy is its proprietary hydrogen dispensers. These dispensers make fuelling Plug Power hydrogen fuel cells akin to fuelling a personal vehicle. Three connections are made from the fuelling station to the GenDrive fuel cell and fuelling is completed in just minutes. One hose connects the hydrogen, and another is used to extract collected water by-product. The final hose is used for diagnostics, sending updated reports to Gen Care’s monitoring platform, enabling companies to keep accurate readings on their hydrogen fuel system.

In the true spirit of collaboration, Plug Power credits its partnership with Taylor-­Wharton – an established producer of cryogenic equipment for storage, transportation and regasification purposes – as being a big part of the company being one of the main players at the forefront of expanding the hydrogen economy to a wide range of commercial and government applications.

For Plug Power, the partnership has provided ‘unparallel’ expertise when it comes to adhering to strict regulatory codes during the design and construction of its hydrogen energy infrastructure.

This has allowed Plug Power to meet the rapidly increasing demand for hydrogen energy, at a time when the hydrogen economy continues to be realized at ever­increasing speed. It is also a crucial time for the company as its suite of ProGen fuel cell engines finds use in the transportation and logistics sector along with a growing aerospace industry and, in accordance with the European Union’s 2030 vision for clean, renewable energy, Plug Power reaches new agreement to work with StreetScooter to deliver 100 hydrogen fuel cell-powered trucks to Deutsche Post DHL by 2020.

For Taylor-Wharton, such a partnership with Plug Power further underscores its commitment to clean energies such as hydrogen and LNG. Tim Miller, President of Taylor-Wharton, affirmed to gasworld, “We are committed to expanding clean energy infrastructure in a variety of sectors, including our focus on LNG and hydrogen systems, for stationary, transportation, fueling and refueling purposes.”